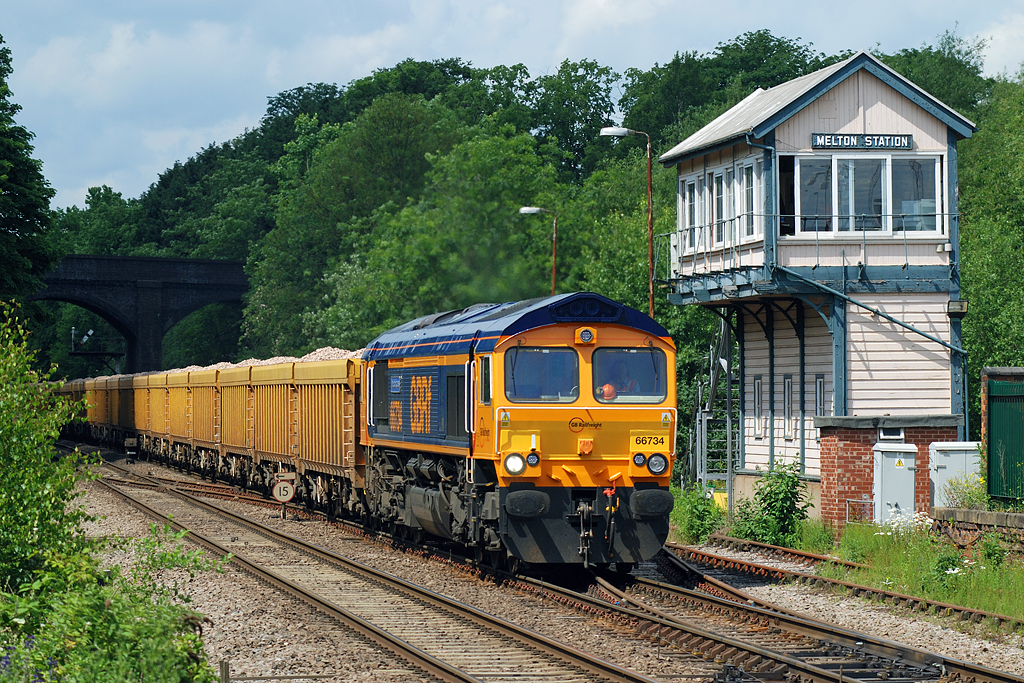 Delivered to Newport docks on board ship MV Fairlane.

On the 28th June 2012 this loco was at the head of 6S45, a freight train that consisted of twenty four PCA tank wagons containing alumina powder, en route from North Blyth to Fort William. Due to heavy rain in the west highlands, there had been a large landslide between Corrour and Tulloch, on the shore of Loch Treig, and this had dislodged boulders onto the track. Upon seeing this obstruction, the driver had insufficient time to stop the train. The loco, along with the first 5 wagons derailed and went crashing into the trees along the side of the lake, with 66734 ending up at a steep angle on its side. No one was injured or killed but the remoteness of the location and the extreme difficulty in accessing and retrieving the locomotive were such that it was eventually decided that the only economically viable solution was to cut up the loco on site. This work, and also that of component recovery wherever possible, began in August 2013, and was complete by the end of September 2013.