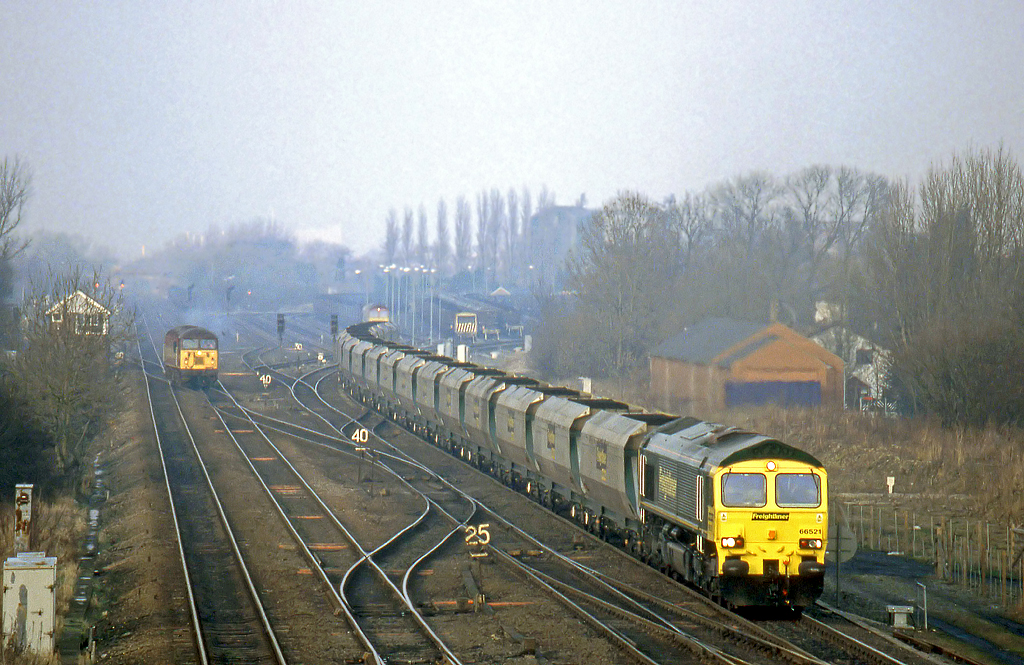 Delivered to Newport docks on board ship MV BBC Frisia.

This loco was destroyed in the Selby rail accident, on 28/02/2001. It was hauling a coal train from Immingham to Ferrybridge power station when it crashed into a southbound GNER passenger train from Newcastle to London King's Cross. The passenger service had been derailed just prior to this after striking a car on the tracks, but was still travelling at around 88mph when it collided with 66521. The coal train was travelling at approximately 54mph at the time of impact, leading to a closing speed of around 142mph and making this the highest speed train crash ever in the UK. The impact killed 10 people including the drivers of both trains, two other GNER staff, and 6 passengers. It destroyed the leading vehicle of the GNER train, a DVT. 66521 overturned onto its left side, lost both its bogies and sustained severe damage to the cab and fuel tank from the wreckage of the DVT. All 9 passenger coaches were damaged and overturned down an embankment, and the first 9 coal wagons also derailed and were damaged.
As a footnote to this, Freightliner subsequently named 66526 after their driver who was killed that day, Stephen (George) Dunn.